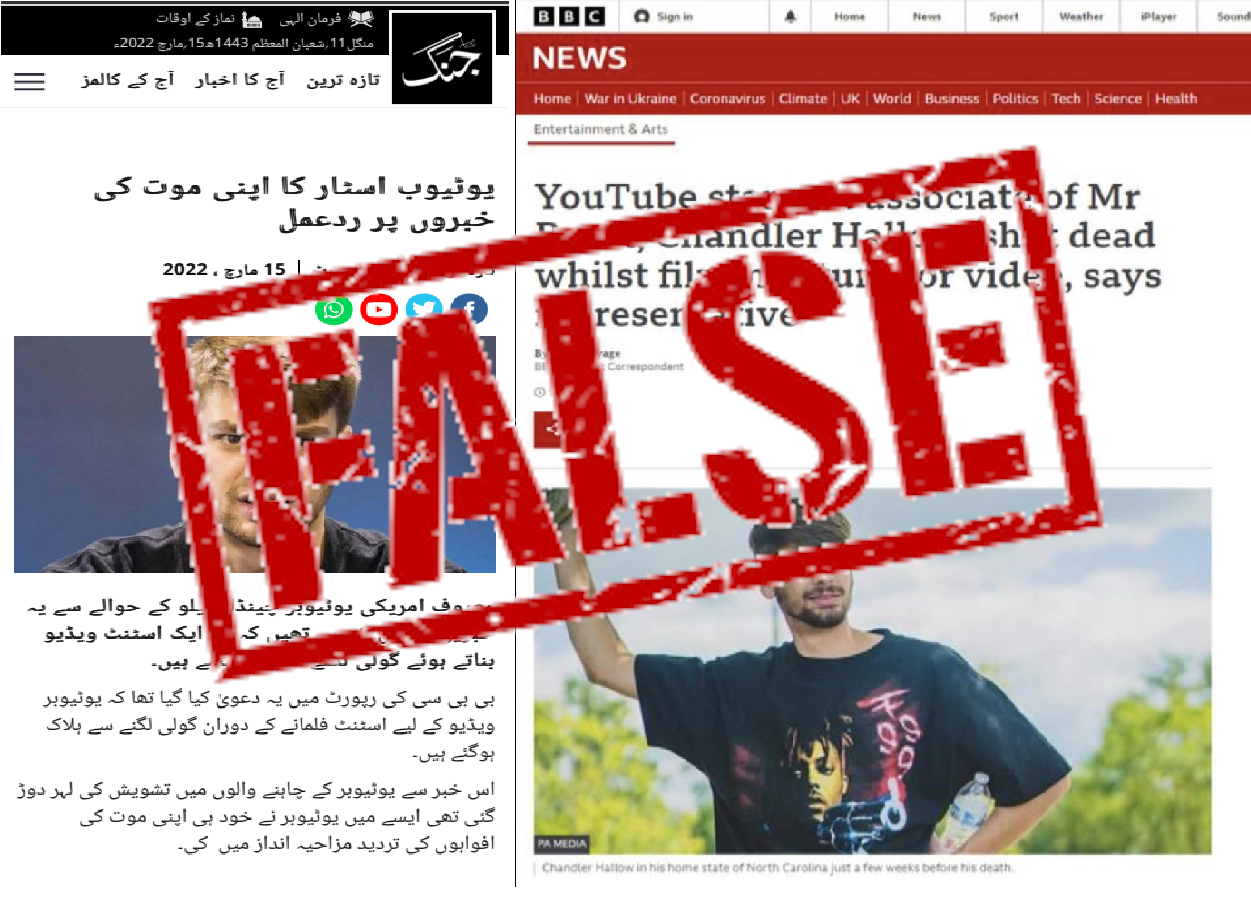 Fact: Chandler Hallow shared a doctored screenshot of a BBC News webpage in a humorous context

The Daily Jang is the most widely circulated Urdu language newspaper in the country. On 15 March 2022, they reported that fake news regarding a renowned American YouTuber, Chandler Hallow’s accidental death was circulating the internet. The article claims that a BBC News article reports that the youtuber was fatally shot during the recording of a YouTube video. In this article they also attached Chandler Hallow’s tweet captioned “Just found out I died”. This tweet is also the only source online which shares this screenshot or this headline.

Jang claims that Hallow’s followers were vexed over the fake news of the star’s death. However, a closer look clearly indicates that the BBC News screenshot shared in the tweet has some discrepancies when compared to the website’s layout. The author mentioned in this screenshot, Mark Savage is a comical name and there is no BBC reporter that exists by that name. There is also no such position as “Mr Beast Correspondent” at BBC News.

This was a doctored image shared by Chandler Hallow’s verified Twitter account. The Daily Jung misunderstood this image to be an evidence for a fake news being spread about him by BBC News. However, the screenshot itself was doctored and hence this article posted by the Daily Jung is Misleading.

The No Confidence Motion has been filed