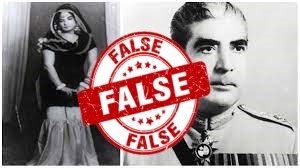 A tweet posted on 29 May 2021 claims to be showing a video of a woman from General Yahya’s time as Chief of the Army Staff, Aqleem Akhtar, better known as General Rani. However, Basic Fact Check discovered that the video clip is a monochromatic version of Priyanka Barve’s video performance of an Indian song called Pyar Kiya Toh Darna Kya. The original video was posted on YouTube on 11 April 2019 on Priyanka Barve’s YouTube channel.

Earlier in May 2019, a Facebook page also posted this video claiming that it is a rare video of Aqleem Akhtar. 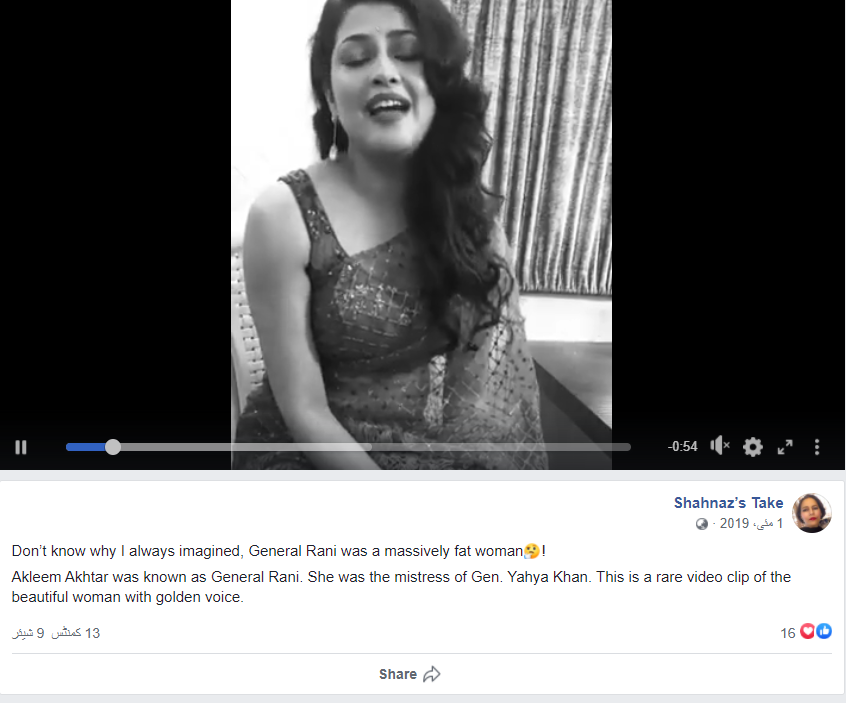 However, this article where journalist Ayesha Nasir interviews General Rani and also elaborates on her life story attaches an image which neither resembles Priyanka Barve nor looks as high-quality as the video of her which is claimed to be showing General Rani.

Who was General Rani?

She was a performer and developed an intimate relationship with General Yahya. Often politicians, bureaucrats and businessmen would come to her for favours that she could get through her association with the General. She originated from a land-owning family from a village in Gujrat and was seen as an extremely powerful woman during Yahya Khan’s tenure. This interview is one of the few resources available about her.