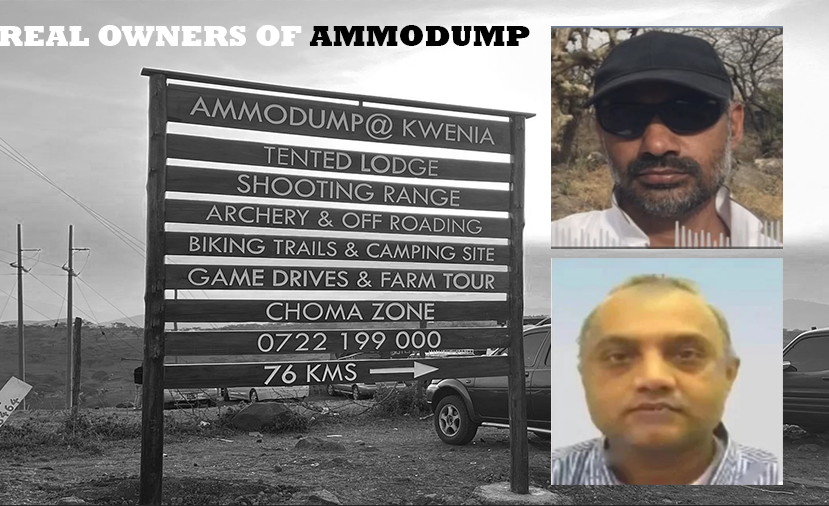 Ammodump is not owned by Maurine Waqar or Khurram Ahmad

Claim: Ammodump shooting range, where journalist Arshad Sharif spent his last night is owned by Waqar Ahmad, his wife Maurine Waqar and his brother Khurram Ahmad who was in the car with Sharif when he was shot.

On the night of 23 October 2022, journalist Arshad Sharif was brutally murdered with gunshots as he sat in the passenger seat of a white Toyota V8 which was being driven by Khurram Ahmad, one of his two hosts in Kenya; Waqar Ahmad and Khurram Ahmad are both brothers.

Since then, social media has been flooding with false information regarding the murder of Arshad Sharif. Fact Focus and Voice of America launched a collective investigation into the incident, details from which are being published in a series of articles, three of which have already been released.

A series of articles published by The News on the same case claim again and again that the shooting range, Ammodump, was owned by Waqar Ahmed, his wife Maurine Waqar and brother Khurram Ahmed. However, Fact Focus and VOA investigation conclusively proves that this is false.

“AmmoDump Training Camp at the time of the shooting, the site owned and operated by Waqar Ahmed, his wife Morin Waqar and Khurram Ahmed over a large part of hilly land in a deserted area.”

While reporting from the site, GEO news reporter repeats a number of times that the site is owned by Khurram Ahmed and Waqar Ahmed.

“Khurram and Waqar started the AmmoDump range around seven years ago.”

“Two businessmen from Karachi own the site: Waqar Ahmed and Khurram Ahmed, who own and run several real estate projects in the African country.”

This is false. Ammodump is not owned by Maurine Waqar or Khurram Ahmed. The two owners of the shooting range are Jamshaid Hussein Khan and Waqar Ahmed.

Fact Focus and VOA investigation released a new article today on 12 November 2022 in which they attached the official registration documents for Ammodump, according to The Companies Act 2015.

Ammodump is not owned by Maurine Waqar or Khurram Ahmed, the shooting range’s two owners are Jamshaid Hussein Khan and Waqar Ahmed.