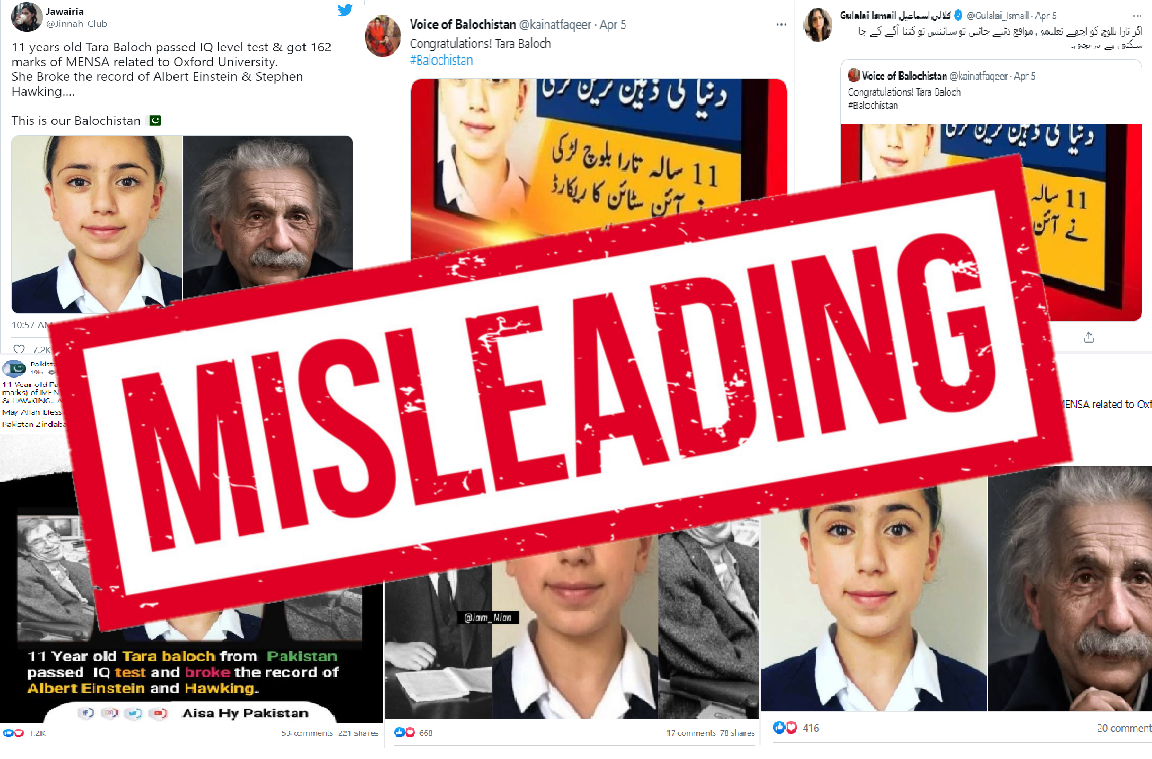 Tara Baloch is from Iran

On 7 August 2021, a social media influencer posted a tweet claiming that an eleven year old girl from Balochistan has passed the MENSA IQ test, which is related to Oxford University with a score of 162, breaking Albert Einstein and Stephen Hawking’s scores. This has been repetitively misreported over the years. Basic Fact Check found that Tara Baloch is from Iran and this is not the first time that she was linked wrongly to Balochistan.

On April 5, 2021, Voice of Balochistan shared the same claim in this tweet  – in which they further added that Tara Baloch has managed to get an IQ score of 162 which is two points higher than the IQ scores of Stephen Hawking and Albert Einstein, which is 160. Human rights activist and a member of the Women’s Democratic Forum Gulalai Ismail also shared the tweet, reaching several social media users.

On 27 May 2019, this tweet appears to be first shared by a Twitter user. Most posts or tweets of this news contained this image which reads in urdu text, posted by Ilmi city, a digital learning hub. Which is followed by 1,194,544 people on Facebook.

Similar posts have also found their way on Facebook – here, here, here, here and at least in 14 more Facebook posts, in only August 2021, being shared and engaged with by thousands of users online. 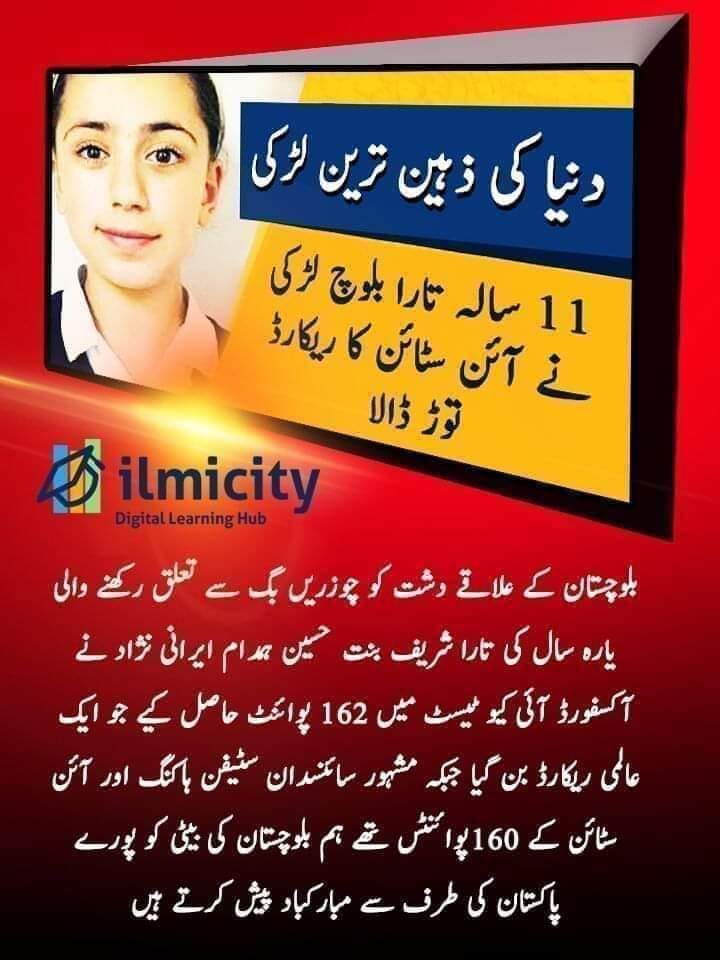 “[Translation] World’s smartest girl: 11 year old Tara Baloch has broken Einstein’s record. Belonging to Dasth in Balochistan, 11 year old Tara Sharif binte Hussain Hamdan Irani Najad has achieved a 162 on the Oxford IQ Test and this has become a global record. The famous scientists Stephen Hawking and Einstein had scored 160 on this test. We congratulate this daughter of Balochistan on behalf of the entire Pakistani nation.”

This is false, Tara Sharifi is an Iranian girl who was reported on 22 May 2019 by The Bucks Herald to have scored 162 in the Mensa IQ Test in Oxford, which is a town in England and not associated with the university. This news was also posted by Iran News Daily on 28 May in the same year.

It has been repeatedly misreported over the years by several social media users on Facebook and Twitter to imply that this girl is from Balochistan.